The eternal optimist, I applied sunscreen this cloudy morning, and it served as an effective talisman, because except for an a.m.-cloudburst, I stayed dry all day. Last night two local (pre)teen boys came by, and after the Conversation, I asked for favorite breakfast spots. One said McDonald’s — the other, Hardee’s, which left me with peanut butter and bananas this morning. Packing up, a Wytheville crew pulled up in pickups to clean up the park for Chautauqua Days — a festival in the park — starting next Saturday. Luckily, they let me clear out before power washing the stage.

I stopped in Rural Retreat for chocolate milk and a few groceries. I hoped to use the library, but it didn’t open till 11 a.m., so I moved on. I apologize for the poor posting lately — Wytheville’s library doesn’t have public computers and my photos/posts are getting backed up, especially on evenings where I have no data service.

I climbed around Mount Rogers toward Troutdale — Rogers is Virginia’s highest peak, clocking in at 5,729′, and while I wasn’t routed to the very top, it was a slow, shady and not unpleasant crawl up. The road is surrounded by National Forest, which warns away motor vehicles, bicycles and hang gliders (!?). At the top, you enter Grayson County, home of the New River’s headwaters. In addition, this area’s full of great fishing — and stocked with trout — which perhaps explains the piscine naming conventions.

Just outside of Konnarock, two small — but serious — dogs gave chase. The Shih Tzu gave up at the property line, but Chihuahua was more tenacious, following me perhaps 1/4 mile down US 58, denying her owner, who yelled, “Candi! No! Come here!” (While I didn’t see the tag, I assume a dog that little has an I in her name.) But, man, she was fleet.

ACA provides two roads to Damascus: you can stay on US 58, or dip down onto the Virginia Creeper, a 35-mile gravel trail that runs between Abington and Whitetop, built on old railroad bed.  I chose 11 miles on the Creeper for a break from traffic, the sun and a change of scenery. In certain spots, I was just a few miles from Tennessee. It’s downhill to Damascus, and I made good time, with 60 miles in by 2 p.m. lunch (pancakes and coffee at MoJoe’s). Damascus is a hoppin’ town of about 1,000 people. It’s at the intersection of the Appalachian Trail and TransAm, which ensures a steady stream of traffic. This is the last time I’ll intersect the AT — I’ve been close to it since Troutville, and crossed it close to a dozen times, but our paths diverge here. I would have been happy to call Damascus home for the night, but I wanted to get up and over Hayter’s Gap, a 1,500′ climb over about four miles, so after lunch and bumming around Damascus’ very nice library for a bit, I hit the road. Out of town was gorgeous farmland and, somehow, even a bit more decline. In Meadowview I stopped by a farm-to-table restaurant/store, where I talked to a few folks who work on the Virginia Creeper. They invited me to stay the night at their house — in fact, they live right on route (on my “uphill” side), and frequently see cyclists slogging up/zipping down Hayter’s. I thanked them, but wanted to make it to Elk Garden tonight, so headed off. Between Meadowview and Hayter’s I looked up and realized I was hemmed in by mountains. I spit my gum out, and started the four-mile climb, carving switchbacks within switchbacks. At the top, I put my rain jacket on before descending. You work up quite a sweat climbing four miles at 5 m.p.h., and the downhill’s chilly.

Home tonight is Elk Garden United Methodist Church. We have quite a crowd. There are six of us, including a couple who are towing a dog (9 pounds, sunny disposition, thanks for asking) across with them. This is a great place to be — sleep inside, stocked kitchen and cold outdoor shower. Pictures to come with a better connection. 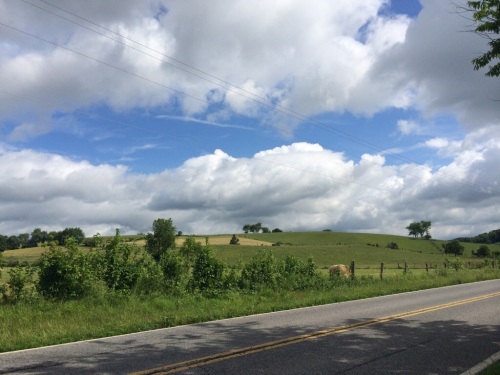 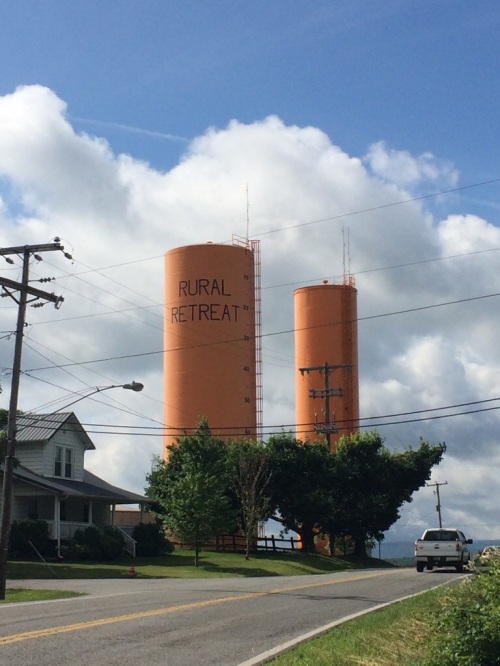 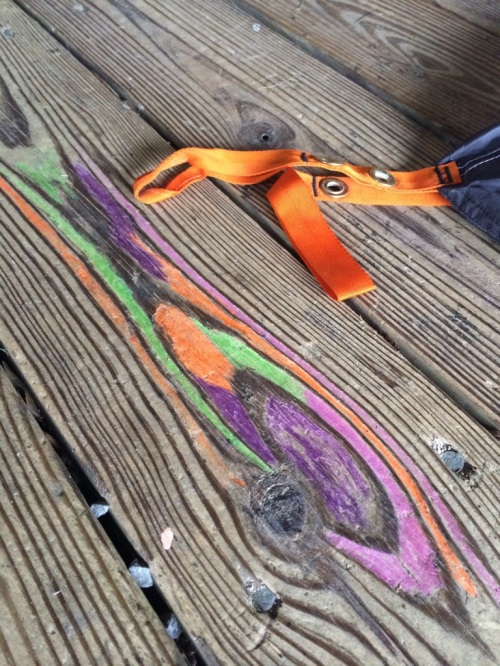 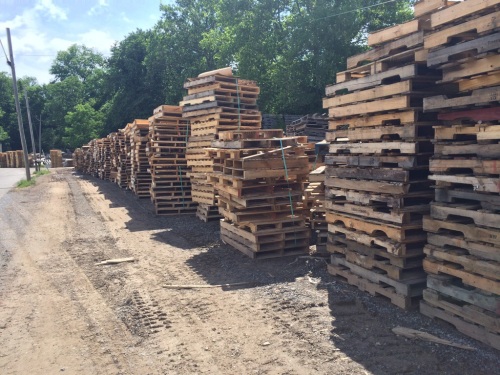 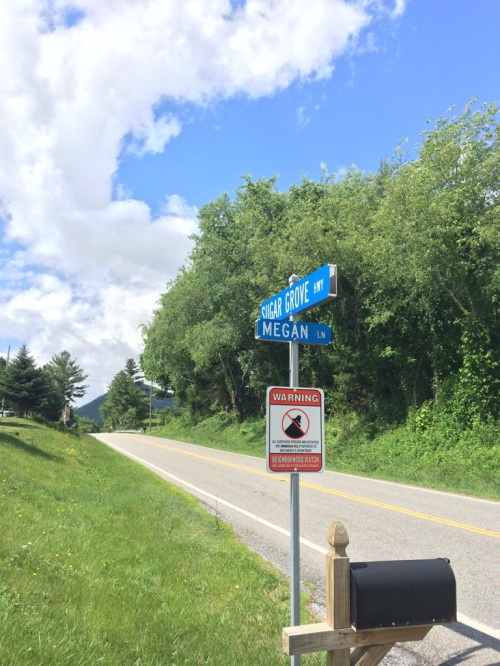 One Comment to “Eight: Dem Der Hollers (Wytheville to Rosedale)”