Bike and Build had a 4:30 a.m. wake-up call, so I did, too. They’re headed to Jackson today. I’m not going quite as far, but we’ll share many of the same roads. It was cool to see the wake-up routine, including their breakfast buffet of cereals.

I was on the road early, and it was cold, even in late July. I stopped for a pair of gloves at a gas station just outside of town. Size: XL. Dad, you can look forward to these being a stocking stuffer. I spent the morning climbing 30 miles to Towgetee Pass (9,584′) and my fifth continental divide crossing, before a 17-mile descent into Moran, including an absolutely breathtaking moment where the Tetons popped up — out of nowhere. No foothills, no nothing. Just, boom.

Just before the park, I stopped for a gas-station burrito (lots to be said for 900 Calories for $2.39, though not on the flavor or life-extending front). While I ate, a rag-tag crew of super cars pulled in for fuel: two Lamborginis, an R8 (V8), an NSX, as well as a V6 Mustang and BRZ fakin’ it till they make it. In Moran, I entered the park and paid my $12 for a hiker/biker pass, good for seven days at both Yellowstone and Teton.

I’m camped at Jenny Lake tonight, one of the most desirable spots in the park. Luckily, hiker/biker spots are just $8, with no reservations. No shower, either, but I hopped in the lake to clean off. It’s really busy in the park — height of tourist season (and I suppose I’m one of them). I shared camp tonight with five other cyclists: Chris (Florida), Luuk and Bert (Holland) are all doing the Great Divide mountain bike trail and are looking forward to a day off in Jackson tomorrow. The big city. I gather the GDMBT is basically a few days in the woods eating Snickers bars before coming into town to drink and whore. I kid. It’s tough. Megan and Jacob also joined us. They’re from Washington, D.C., and are running the TransAm W>E. We swap stories over the beer Bert and Luuk brought. I also backtracked about 18 miles to pick up some PBR from the Signal grocery. It’s startling how light my bike feels with just six tall-boys riding shotgun. The stars are out and this might be the prettiest night I’ve had so far. 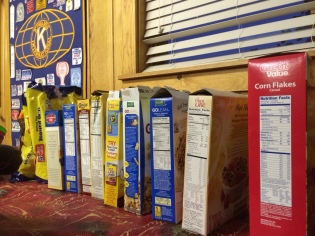 Breakfast of champions. I had a PB bagel. 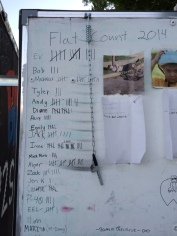 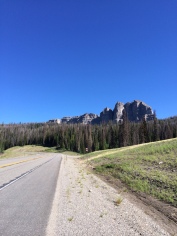 Great scenery to help distract from the grade. 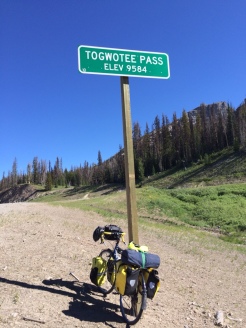 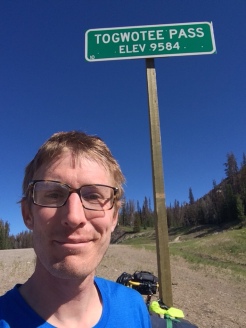 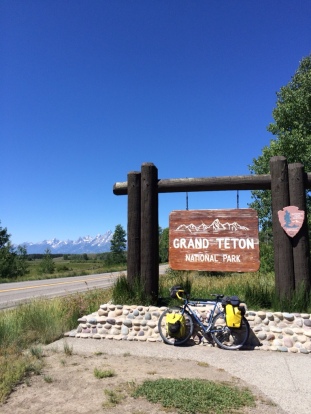 $12 gets you a seven-day pass to both Yellowstone and Grand Teton.

A good (albeit chilly) place to wash up after a long day of cycling. 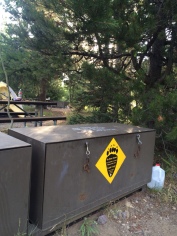 Everything that smells goes in here. 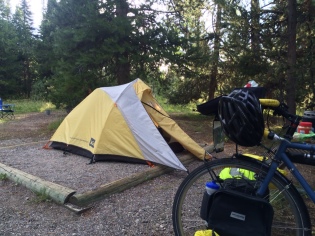 $8 gets you in. No reservation required. I shared camp with five other touring cyclists and we stayed up way to late talking.